The Daily Tribune News of Bahrain

Dawood Fakhruddin, Dana committee coordinator told the tribune, ‘community members distributed food to 400 people at three labour camps located in Sitra. This was done in an effort to reduce hunger while staying true to the spirit of the holy month.’

The event was taken up by the ‘Dana Committee’ which translates to ‘Food Grain committee.’ It is solely committed to zero wastage and alleviating the needy out of hunger by preventing wastage and distributing excess food. 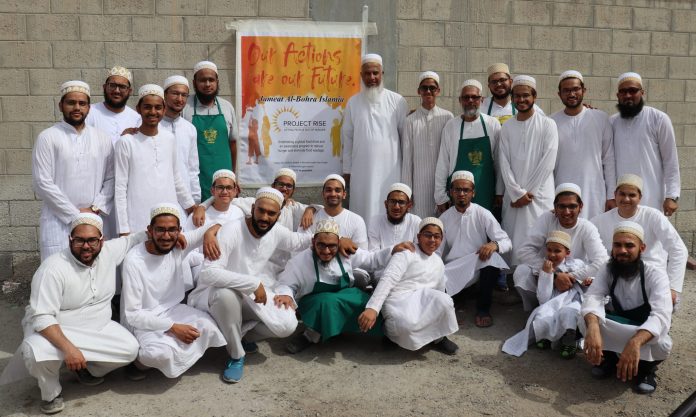 In addition, the event comes under the Project Rise banner, which is a philanthropic initiative by the worldwide Dawoodi Bohra community. As the name suggests, its core aim is to raise and elevate society’s less fortunate in every aspect of life to such a level, that they too become empowered to do the same for others, fostering a widespread culture of empathy, awareness and generosity which culminates in a society where no individual is neglected overlooked or marginalised.