Dubai: The Dawoodi Bohra community residing in the UAE took part in a region-wide painting competition to mark the occasion of World Oceans Day (June 8).

Every year on World Oceans Day, countries across the globe come together to celebrate oceans and create awareness about the benefits provided by the oceans to human beings, other species and the natural environment. This year, World Ocean Day is based on the theme ‘The Ocean: Life and Livelihoods’ with a pledge to preserve the oceans.

The UAE part of the painting competition saw the participation of over 300 children in Abu Dhabi, Dubai, Sharjah and Ajman, aged five to 14. The competition was organised under the global philanthropic arm of the Dawoodi Bohra community, ‘Project Rise’. Over 500 children participated from other cities across the Middle East, such as Doha, Bahrain and Muscat. Each painting had a message highlighting the significance of the ocean and how it provides livelihood and support to other ecosystems on the planet.

The competition took place over a number of days and paintings were physically collected by community volunteers. The UAE winners will be announced by a distinguished panel of judges within a few days.

Ongoing efforts
Kinana Muder Jamaluddin, representative of Sultan al Bohra and a member of the Dawoodi Bohra community in Dubai, said: “It is indeed a proud moment to see so many children compete in the painting competition and express how they perceive oceans and the lives that depend on it. Particularly the paintings by the younger generation highlighted the need to protect and preserve the oceans from plastic pollution.” 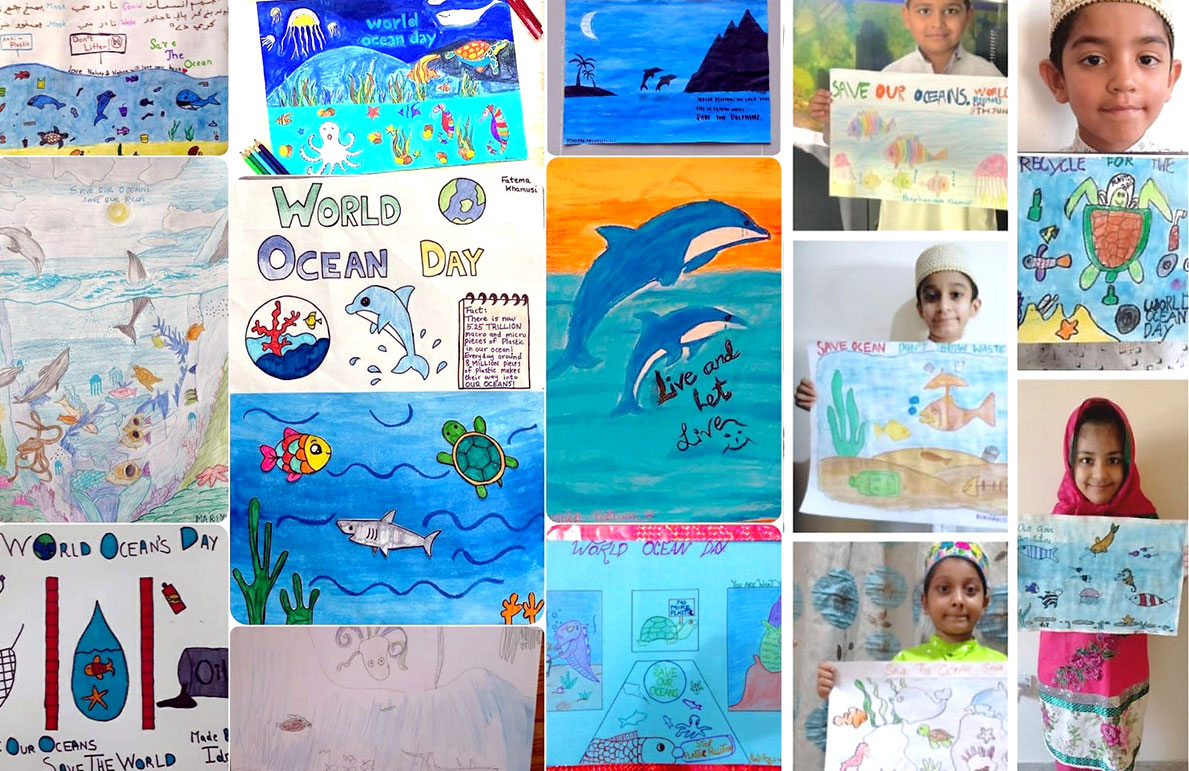 He added: “As part of our community’s global’ Turning the Tide – Against Plastic Pollution’ campaign, which strives to eliminate single-use plastic and rid bodies of water of plastic pollution, the Dawoodi Bohra community in the UAE continues to educate members about reducing waste and leading a circular lifestyle.”

Murtaza Rasheed, a local media coordinator, said: “These environment-led campaigns help in creating awareness among children at the grassroots level. It also inspires them to take action in their daily lives, and they realise that it is their collective responsibility towards nature and its resources.”

This post may have been edited in the interest of brevity, clarity and relevance according to our internal guidelines. In order to view the original full length post please click on the link at the top of the page.