Every few seconds, someone, somewhere, needs blood. Voluntary blood donations play an indispensable role in saving lives daily and are an integral part of universal healthcare, ensuring that people have access to safe and timely supply of blood.

The 14th of June is celebrated the world over as World Blood Donor Day to honour the selfless contribution of voluntary blood donors and to call upon more people to become life-savers by donating blood on a regular basis.

The Dawoodi Bohra community of Kuwait have been active members in contributions as well as spreading awareness on this important issue. Habeeb Bankodawala has been tirelessly organizing community blood donation programs for the last 20 years, increasing the community’s engagement in this noble cause. Today, with a team of more than 350 active members, the community participates in various blood donation camps throughout the year and promptly mobilises itself whenever an urgent need arises.

On the occasion of World Blood Donor Day this year, the Embassy of India in Kuwait hosted a program to felicitate committed blood donors of Indian origin residing in Kuwait. The Embassy gave away certificates to individuals who donated blood on more than ten occasions in Kuwait, highlighting the contribution an individual donor can make to improve the health of the community. The Ambassador of India to Kuwait, His Excellency Shri Sibi George, commended the silent yet stellar contributions of blood donors towards saving lives, underlining the importance of such voluntary contributions. He encouraged them to continue their noble efforts stating “It is a day to remember and honour our unsung blood donor heroes.”

As per the Embassy of India, Kuwait, the highest number of donors hailed from the Dawoodi Bohra community as stated here below:

Recently, under the banner of Project Rise, the team organized a blood donation camp where more than 270 members donated blood. During the month of Ramadan, members were actively participating in blood donations to address the urgent need for Plasma and Platelets required during the pandemic. The Ministry of Health, Kuwait, acknowledged their participation as an act of love for the country. 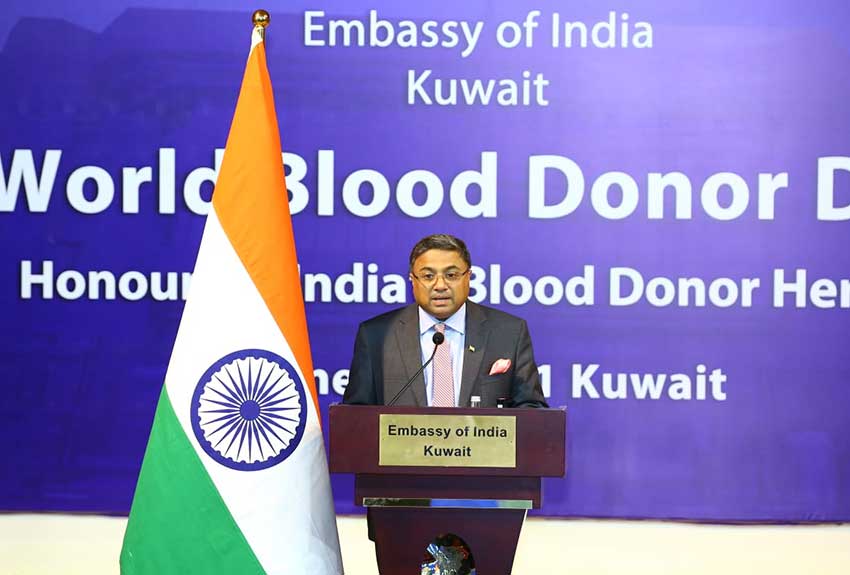