President Abdel-Fattah El-Sisi inaugurated on Wednesday El-Hussein Mosque after extensive renovations in the presence of Sultan of the Indian Bohra community Mufaddal Saifuddin.

The President performed mosque greeting prayer and then recited Al-Fatiha, the first surah of the Holy Quran in front of the shrine of Imam El-Hussein.

The renovations were implemented as per El-Sisi’s directives to develop the shrines of ‘Ahl El-Bayt’ (‘The family of the Islamic prophet Muhammad’) across Egypt.

El-Hussein Mosque; one of such shrines in Egypt and one of its most significant Islamic sites, given that it is the final resting place of Imam El-Hussein — the grandson of the Prophet — was closed in March for renovations.

Within the framework of the firm, historic relations between Egypt and the Bohra community, Saifuddin made valued efforts in the renovation and restoration of Ahl El-Bayt shrines and a number of Egyptian historic mosques, including the El-Hussein, El-Sayyeda Nafisa, and El-Sayyeda Zeinab Mosques, a statement Presidential Spokesperson Bassam Rady said on Wednesday.

This is in addition to other various acts of charity by the Bohra community in Egypt as well as their support for the Tahya Misr Fund, Rady added.

In a speech at the event, the sultan thanked President El-Sisi and expressed appreciation of his efforts in developing these mosques.

“I would like to thank the Egyptian president, government, and people for their role in renovating the shrine of Imam El-Hussein,” he said.

He also lauded efforts exerted by El-Sisi and all state bodies, particularly the endowments Ministry and the Armed Forces in this regard. 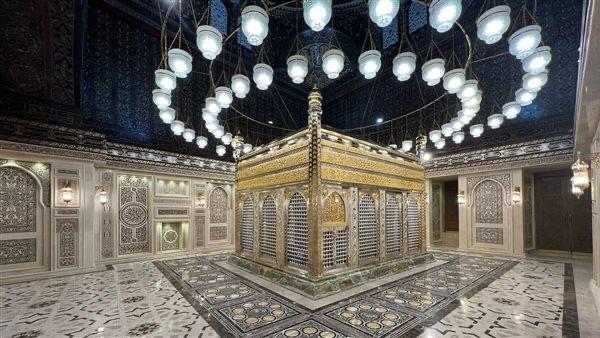 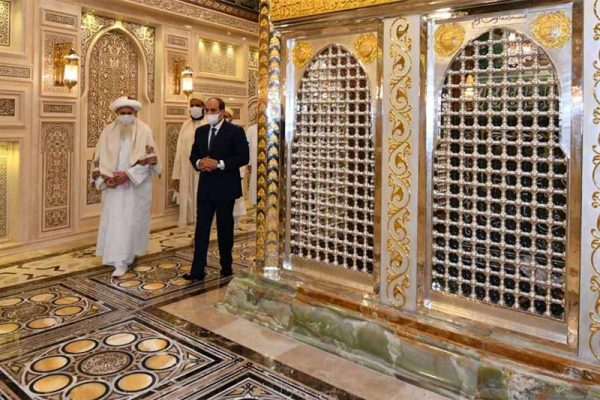 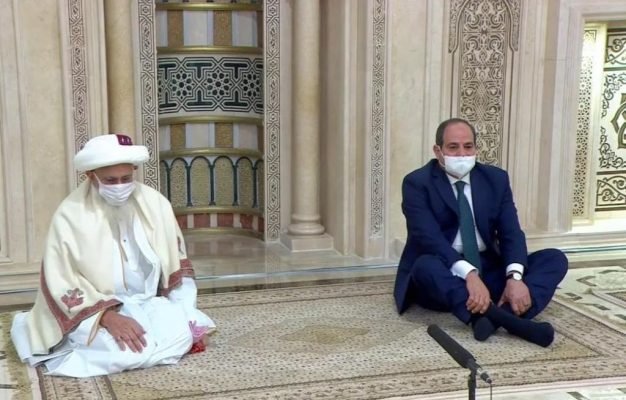 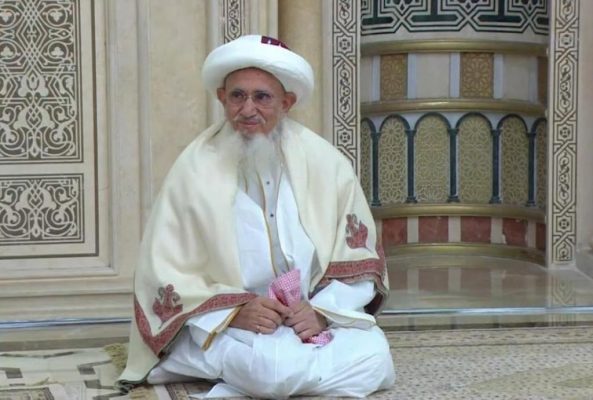 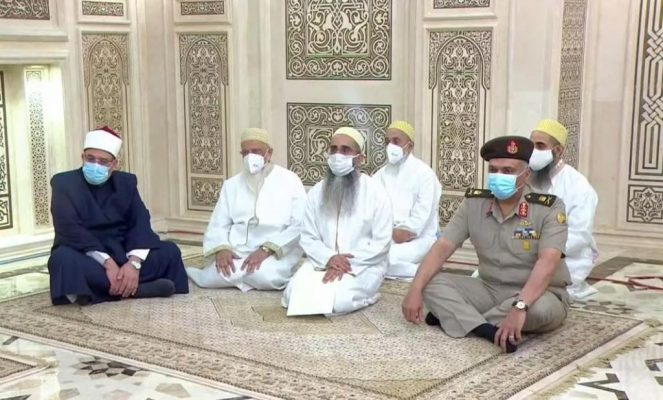 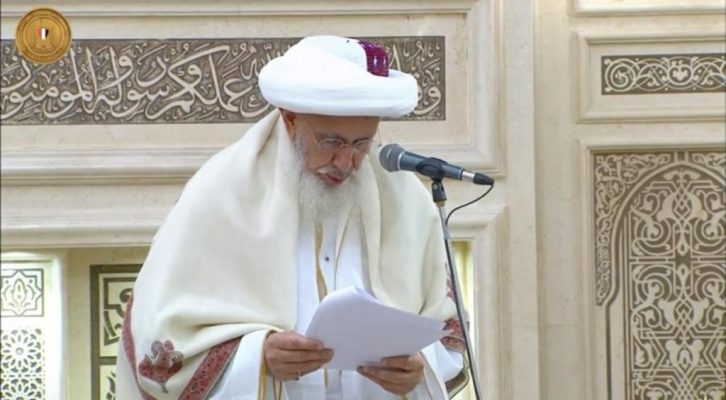 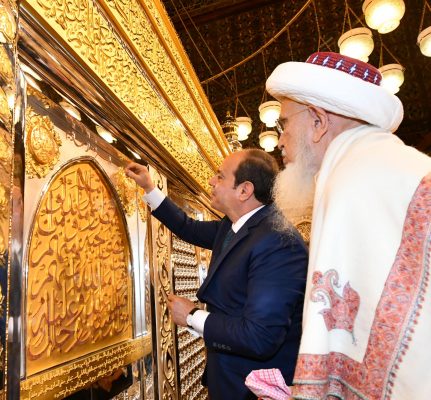 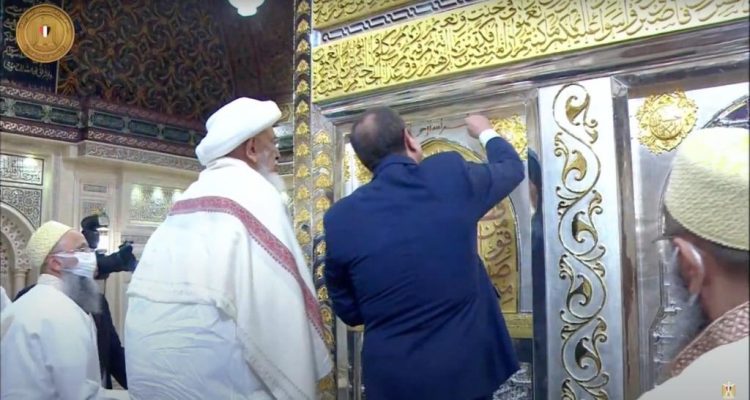 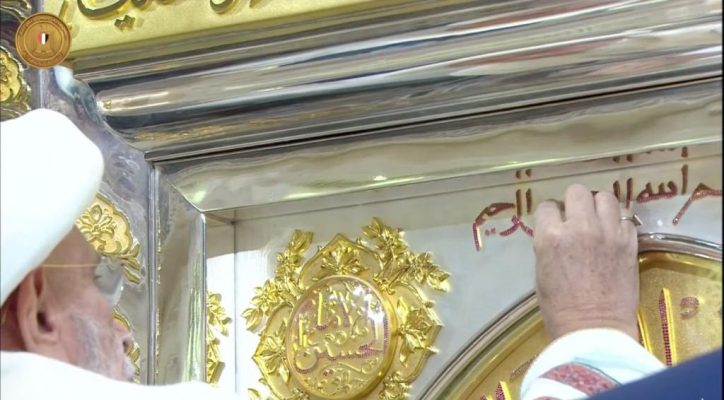 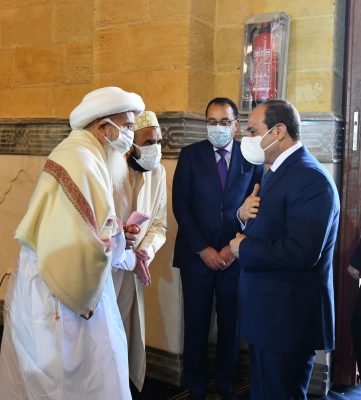 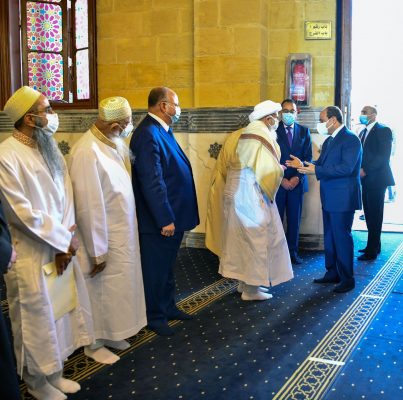 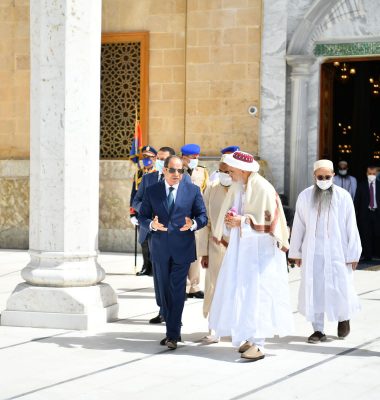 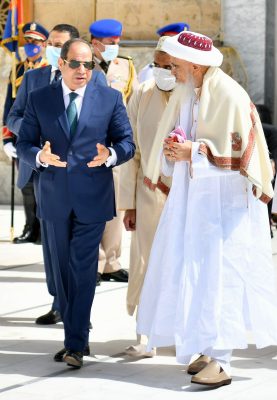 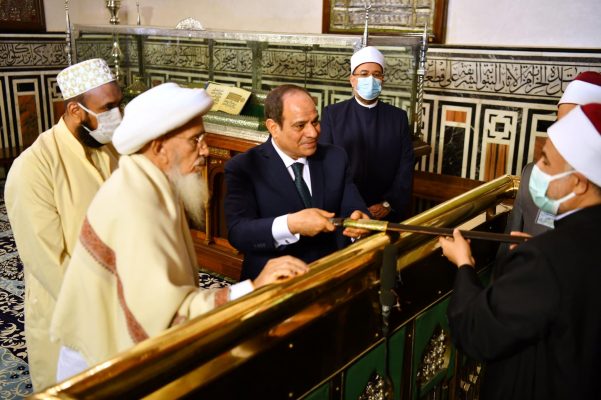 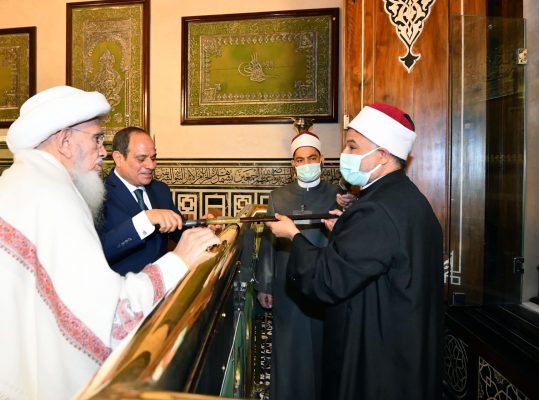